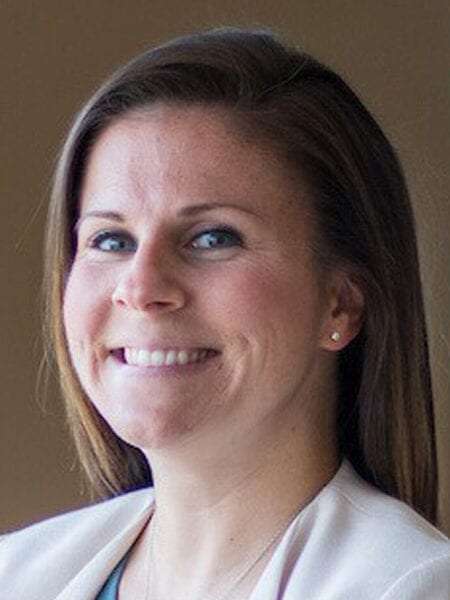 Grit. Determination. Leadership. Those are the words that I have been told describe me. Growing up in Wauwatosa, WI, I always searched for a challenge and pushed myself to succeed. For example, while studying Communication Arts at  Cardinal Stritch University in Milwaukee, I kept busy by performing in the university orchestra, captained the women’s soccer team (Go Wolves!), and was a student ambassador in the ‘Stritch Office of Admissions.

I fell in love with admissions, so when I graduated I transitioned to a full time position in the office. I grew through the ranks, eventually becoming the Associate Director of Admissions. After nine years, I left Stritch and became the Director of Recruitment and Admissions with the School of Pharmacy at Concordia University Wisconsin.

After a few years at Concordia, I decided that I wanted to explore other options where I could use my knowledge of higher education to help other institutions.  During my time at Cardinal Stritch and Concordia, I partnered with Magellan Promotions on a number of promotional product projects. So when a position became available, I reached out to the team and eventually joined the company.

In my role as an Account Manager, I provide product solutions to clients in Wisconsin, Florida, Indiana and many other states. I enjoy using my higher education expertise, customer service skills, positive attitude and creative problem solving mindset on all of the projects I get involved in.

What would be your baseball walk out song?

Thunderstruck by ACDC – This was my favorite song to warm up for soccer games in college.

If you could have dinner with anyone from history, who would it be?

What was your favorite band/artist 10 years ago?

What job would you be terrible at?